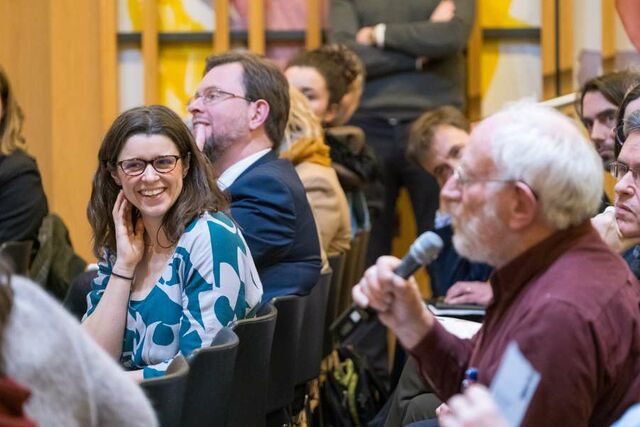 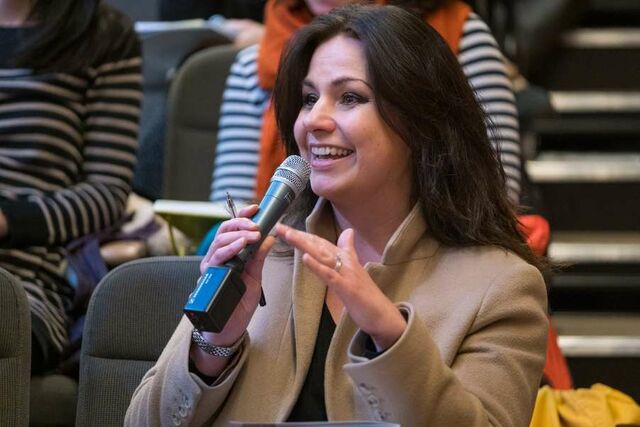 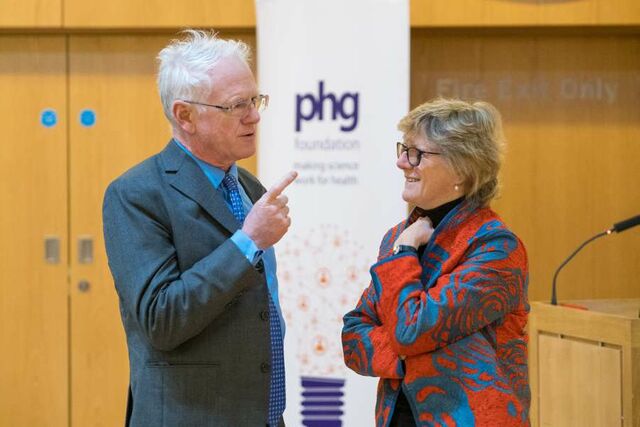 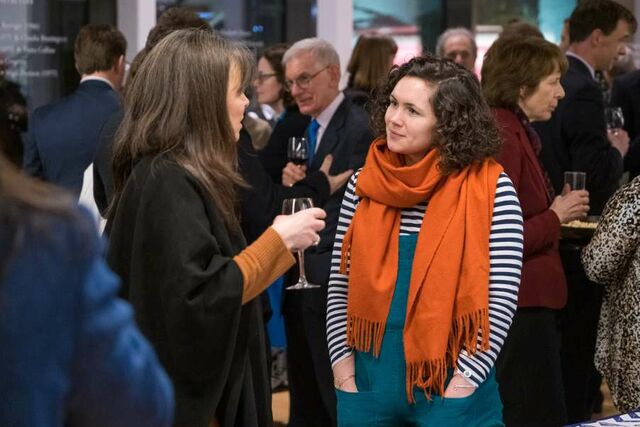 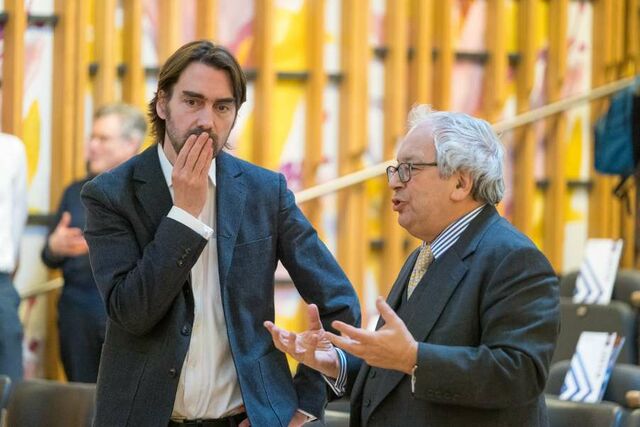 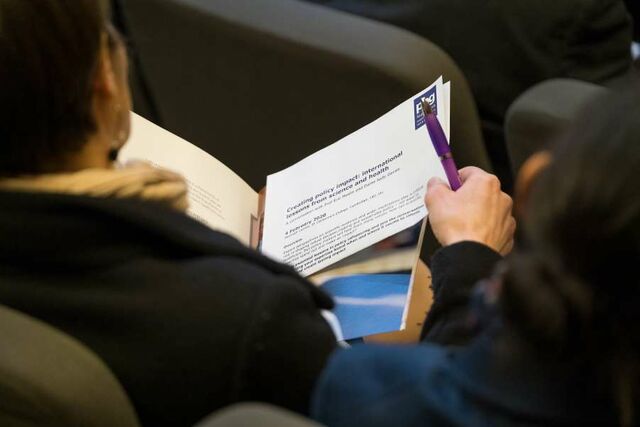 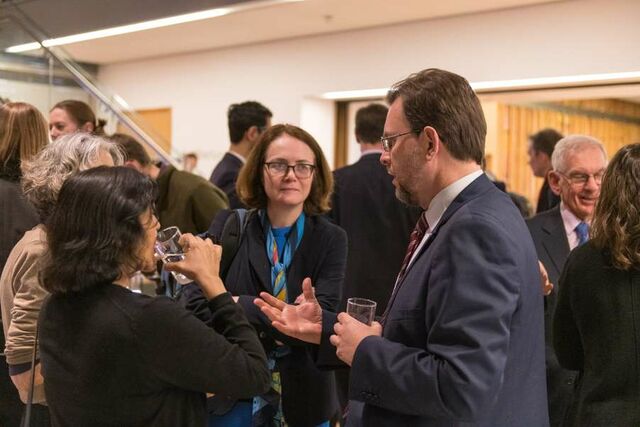 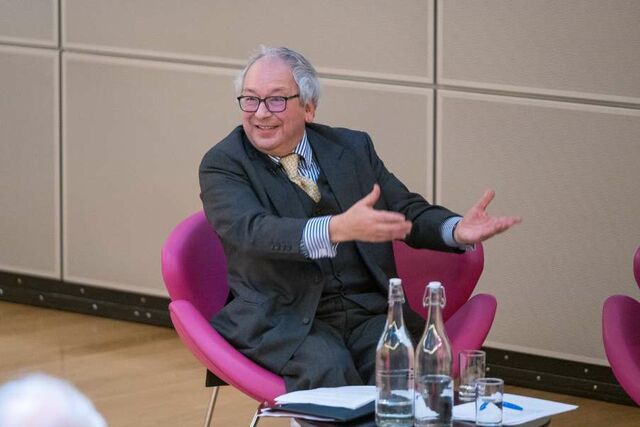 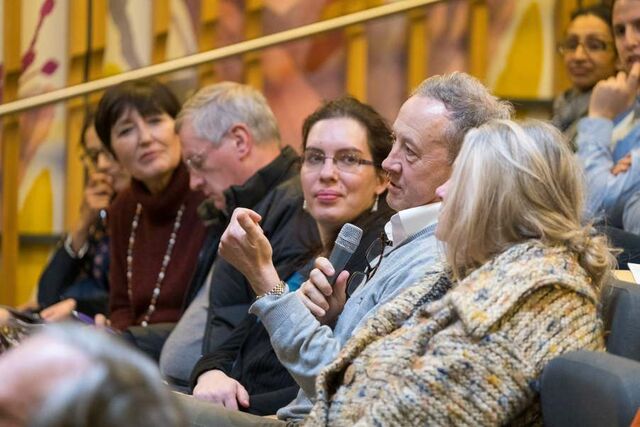 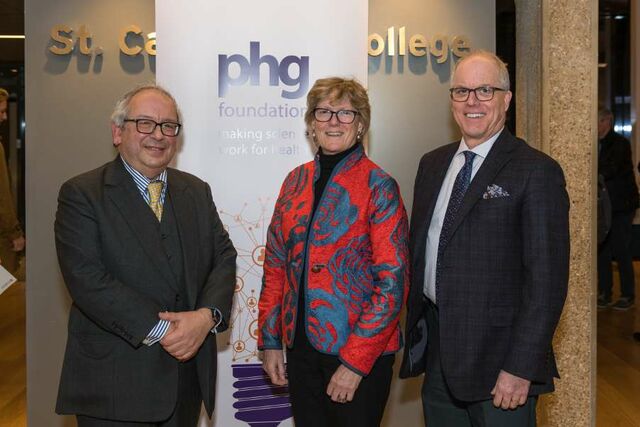 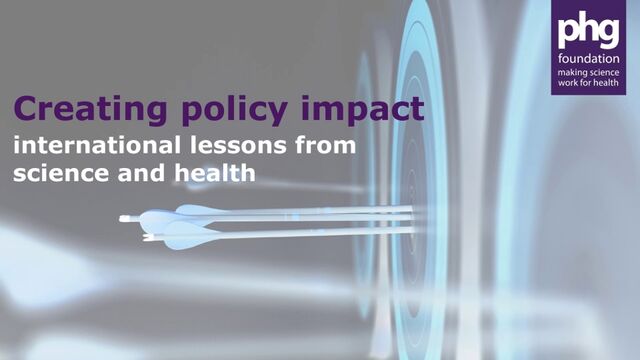 Expert perspectives on scientific evidence and wider implications play a critical role in shaping robust decision-making and sustainable policy– not least in healthcare. But policy-makers will hear from many voices; how can scientific expertise stand out and make an impact?

Few are more qualified to speak on the subject than Professor Eric Meslin and Dame Sally Davies, who shared their insights with PHG Foundation chair of trustees Dr Ron Zimmern and almost 100 delegates at this free PHG Foundation event.

Professor Eric Meslin is President of the Council of Canadian Academies, which provides independent expert science advice to inform public decision-making. He was founding Director of the Indiana University Center for Bioethics, Executive Director of the National Bioethics Advisory Commission to the White House and has worked for a host of organisations including the National Human Genome Research Institute, Genome Canada, the World Health Organization, Centers for Disease Control and Prevention and the UK Biobank.

Dame Sally Davies GCB DBE FRS FMedSci is Master of Trinity College, Cambridge and the UK Special Envoy on Antimicrobial Resistance, having previously served as Chief Medical Officer for England and Chief Scientific Adviser to the UK Department of Health, where she founded the National Institute for Health Research. She is a former member of the World Health Organization Executive Board.